How I Email: David Kadavy, Author and Podcast Host

David Kadavy is obsessed with maximizing creative output. He hosts the podcast Love Your Work where he interviews entrepreneurs and makers, and he shares tips on how to make it as a creator in his newsletter Love Mondays. He certainly doesn’t let inbox overwhelm get in the way. Here, he shares his system for email that enables him to meet his creative output goals. 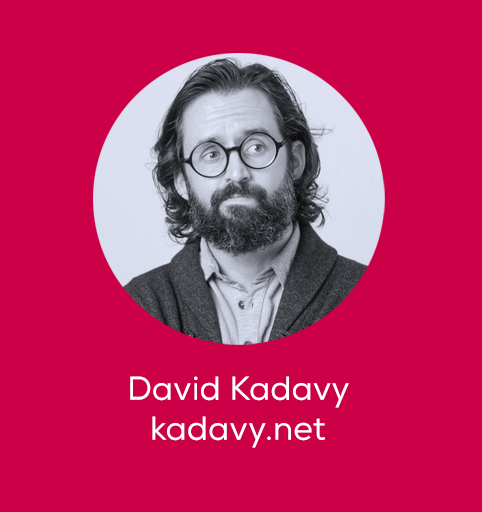 What is your daily approach for managing your inbox?

I have two separate Gmail accounts. One is for humans, and then the other email address is used when I sign up for various companies. I have two different browsers open with the two different Gmail inboxes [at the same time] when I am checking email. It really does do a good job of separating things because when I receive an email from a company, it’s usually not that urgent.

Emails I get from people aren’t that urgent either, but it is just one more way that I can sort through things. I don’t have any promotions tab or anything like that on my main “human” email account. In the other account, I filter messages that are not very important into a tag called optional, and I almost never check that tag.

Generally, I am able to keep my inbox at close to zero.

I use Boomerang pretty heavily. I have buckets of time when I will do certain things. So early in the week, I focus on generating creative work like writing or working on big projects. Most of the emails I get are not related to that. So I’ll attend to administrative things and other tasks later in the week on Thursday or Friday.

As someone who spends a lot of time focusing on creative out, what are your guidelines to optimize for doing more creative work? And where does email fit into that?

The highest ROI, simplest thing is to search for some kind of a weekly rhythm in your energy and what you want to accomplish. Do not spend the beginning of the week on anything that isn’t your core work — really heavily load that stuff early in the week, use your best and freshest energy for that. Then all the odds and ends — the requests from other people, the pesky details of keeping your business running, I guess you would call it, the “shallow work” — keep all of that for later on in the week.

Email is going to come in during all different days of the week. But if you have either a mental filter or some kind of a tool to get the not urgent and not important stuff out of your inbox during the early part of the week, then you’ll be able to focus better and you can take care of those things later on in the week.

You worked on a productivity app that is now part of Google Calendar. What did that experience teach you about productivity?

Working on Timeful taught me a number of different things. One thing was that I was very bad at estimating the time it takes to do things.

Timeful had a feature, which allowed you to estimate the amount of time a particular to-do item would take and you could drag it onto your calendar and schedule it along with all of your events. You could see the timeline and where it fits into everything.

It makes perfect sense because you have items on your to-do list, but most of us don’t set aside a specific time to do them. We just stare at our to-do lists and wonder when we’re going to get it all done. 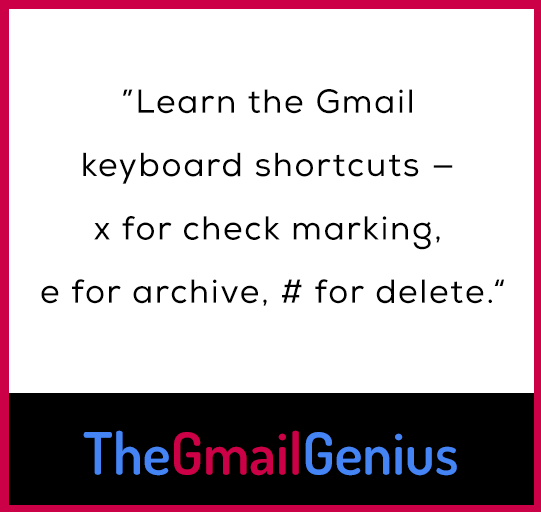 So actually making a task, asking myself how long it would take, deciding when to do it, and then later seeing how far off my estimates were, gave me an opportunity to troubleshoot and to say, where did I go wrong here? What is the source of my error in judgment? I got a lot better at matching what I need to get done with the amount of time that I have.

This isn’t an exercise that you need an app for, by the way. I don’t have a tool that I use for this any longer, but the influence of that tool has stuck with me.

The other thing I learned was that not all time is created equal. Timeful suggested times to do certain items, and it used machine learning to suggest certain times. But you could start to see where the algorithm wasn’t very sophisticated, it would make these choices that didn’t really work.

Like if I wanted to write and it suggested 2 o’clock in the afternoon to draft a blog post. Well, that’s actually not a very good time for me to write. I need to write in the morning.

When you start to identify sweet spots for different types of activities, it creates a sense of urgency that reduces procrastination and helps you get a lot done.

Learn the Gmail keyboard shortcuts — x for check marking, e for archive, # for delete. These are extremely valuable and they saved me a ton of time with processing my email — getting me out of my email inbox so I can go and do actual work.