Griffin Caprio is the CEO of the boutique podcast production company Dante32. A tech industry veteran, he served as CTO for several companies and was Head of Engineering at Enova before co-founding Dante32. Below he shares his geekiest email ideas — including his beef with Superhuman. 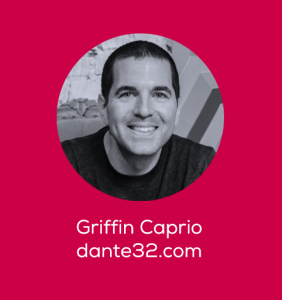 What’s your daily approach to email?

Inbox Zero all the way. It used to be so easy (h/t The Streets) to achieve before I had kids. Now? Not so much. I just try and keep things mildly out of control instead of totally out of control. I archive everything. I used to meticulously file my emails away according to various geeky dimensions, but I gave up after I lost all my work one time. Then search started to be really good and I gave up trying to file them. Everything is either in my inbox or archived. That said, I keep things under a 100 total. I get anxiety when I see people’s inboxes with thousands or tens of thousands of messages in them.

I also check my email way too often during the day and have been really trying to check it at scheduled intervals. I can definitely admit that it’s a wheel spinning time suck and I’m vastly more efficient when I have a limited amount of time to run through it then when I pop in and out 5-10 mins at a time.

What are your favorite email tools?

On my desktop, I use two email clients: Gmail in Chrome for my work email and Mail.app for my personal email. I used to have them both in Mail.app, but Gmail doesn’t work that well in Mail.app. However, it’s actually nice not having everything all lumped into one inbox. So as a result, I read, process and archive very independently between personal and work. I do most of my writing and responding on the desktop. It’s just easier to type things out with a full keyboard.

Let’s start with Mail.app on the Mac. It used to have a ton of cool add-ons and tweaks you could make to it. Apple has slowly been killing those off AND making the app unstable and worse, which is just an amazing feat. That being said, there are still a few:

◼️LetterOpener means you can open the pesky winmail.dat files that pop up

◼️MailButler used to be a great plugin, but then they went all enterprise-y and subscription-based, but couldn’t quite pull off the transition. It’s been a while, so maybe time to give them another look.

◼️If you really want to freak people out, install QuoteFix

Interestingly enough, there’s almost no great integration with your contacts, plugins or native, which is something, I don’t know, that could be valuable when you’re emailing those very people. I should be able to see the contact card and the last few messages I’ve exchanged with a person when I’m emailing with them.

As for Gmail, I use a variety of add-ins: Copper (for our CRM), Asana (Tasks), Grammarly (for grammar) and a few other minor ones. They’re all…fine… but all feel like javascript hacks. Though I am trying out a new one, Flash by HelpNinja, that’s supposed to make Gmail like Superhuman (more on that later). It’s pretty cool and works pretty well so far. Time will tell if it has staying power in terms of support and features. 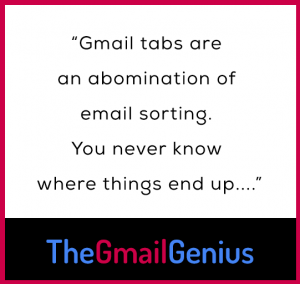 I’ve tried several of the native app solutions for Gmail (Kiwi, Boxy, Mailplane) and even Gmail in its own Unite window, but always come back to just using Chrome. Things just work better and I don’t want to keep fiddling with little things breaking here and there.

On mobile, where a lot of reading is done, everything runs through Outlook. Which I love. Seriously. I’ve been trying to replicate its feature of sorting your inbox in Focused/Other on my desktop but haven’t been able to. Gmail tabs are an abomination of email sorting. You never know where things end up and even when you try to train it, 6/10 times it doesn’t stick. I haven’t given Outlook on the Mac a go yet since I’m not sure it will play well with Gmail, but maybe sometime soon.

Also, as long as I have a keyboard under my fingers, I’m a keyboard command and shortcut monster. I’m a life long vi/vim user and if I could find a reliable set of keyboard bindings for Gmail I’d be in heaven. Flash comes pretty close though.

If there was something you could change or redesign in Gmail, what would it be?

They really need actual native apps on all platforms, not just the re-skinned web apps they have. Gmail is a giant hack on top of IMAP, so as a result you really need to use Gmail proper to get the biggest benefit. However, it still looks and behaves pretty much like it did on day one.

Given that, I’d love it if they shaved off some time developer to improve it by:

👉Reducing the mind-numbingly confusing settings/options. Remember how cool labs were when you first saw it? Then you realized that it’s really a place for someone’s lunch project until they get bored of it.
👉Proper add-ins, not just javascript hacks. There’s so much power in Gmail they could (and should) expose an API that’s a thin layer onto of it. Even if they did it just on top of the search, that’d be awesome.
👉Improved navigation, keyboard shortcuts, visual styling…basically the entire UX. The damn thing is a small step up from pine!
👉Why can I not switch between multiple Gmail accounts natively from one Gmail window? Why?

We use GSuite for work and the admin UI is actually functional and not terrible to use. I wish they brought some of that energy to Gmail.

I tried Superhuman last year (I’m so cool, you should hang out with me), but gave it up after a month. There were just too many things it was missing and you really need to use it across all of your platforms to get the benefits. Plus I’m not convinced of the company and their intentions to fully buy-in. Maybe in the future when it’s more mature.

Email is the perfect decentralized server application. As a result, clients should be a UX playground for functionality, UI, and power. But until recently, they’re not. You can do a ton of stuff on the client-side of things and still have the resulting email be standards compliant. New apps like Spark, Superhuman, Airmail, et al are trying to better the state of the industry, but it’s a losing battle. There’s just no business model writing an email client. It’s way too complex and too much work without a massive investment and then it’s hard to pay that investment back unless you’re making money somewhere else. As a result, we’re pretty much stuck with whatever your chosen platform gives you, which is a massive waste. There’s so much data inside your email, it’s a travesty it’s not being harnessed.

For example, you could write a lightweight CRM inside of it based on nothing more than your mailboxes. It could surface things like:

✔️When did I last talk to this person?
✔️Have I talked to anyone else about the same topic(s) as the email I’m reading?
✔️Who did I used to email a lot, but haven’t in a while?
✔️Does the person you’re emailing with have special events coming up (birthday, wedding,etc..)?

A little something like what Rapportive *could* have turned into had it not been killed off by LinkedIn. Gmail does a little bit of this kind of work with its reminders and preventative send (i.e. when you say “Attached” but forgot to attach anything) but it’s not enough.