How I Email: John Zeratsky, Writer and Designer

John Zeratsky was a designer in the tech industry—working with companies like Slack, 23andMe, and Nest—who became obsessed with the idea of redesigning time. He is co-author of “Make Time: How to Focus on What Matters Every Day.” John isn’t obsessed with hitting Inbox Zero, but he’ll shoot for it once a week—after prioritizing the work that counts. 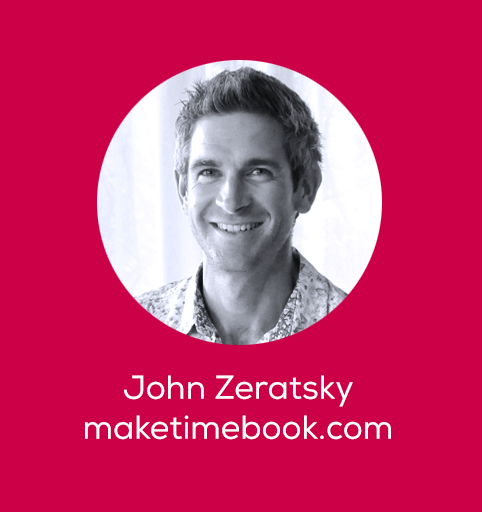 Do you see email as a distraction?

Email is very tricky. I don’t think anybody feels great about email. It occupies a space that Jake [Knapp, his co-author] and I call “The Busy Bandwagon” in our book, Make Time. It’s part of the culture of constant busyness. Email is important to our work, but at the same time it has a lot of the qualities of what we call the “Infinity Pool Apps,” which are apps that have an endless and replenishing source of interesting content.

These are the kind of apps that sneakily take our time away from us. So email is both important to help us stay on top of our work, but also something we struggle to deal with.

You wrote about distraction-free Android. What’s the idea behind that?

The main culprit for the feeling that we don’t have control over our own time is our smartphones because they’re so tempting. So to reclaim control of our time and our attention, we should make it more difficult to get distracted by the stuff on our phone.

I have a distraction-free phone, which means that I have no “Infinity Pool Apps” installed on my phone—no Instagram, Twitter, Facebook, or email. I email from my computer instead of my phone.

When you’re at the computer, how do you tackle email?

I think it’s really important to differentiate between busy time and quality time— the difference between administrative work and deep work. I try to do as much of my real work in the morning first thing after waking up. I try to put off looking at my email as long as possible.

One of the tactics we write about is called, “Design Your Day,” where I literally schedule out my entire day, hour by hour. So within this, I try to schedule at least an hour of email time at some point in the afternoon.

Do you have a system for responding to emails?

I tend to prioritize on the fly and look for any emails that are time sensitive or important. I will admit that I don’t always stick to the schedule. Sometimes I’ll take a break from my highlight—which is the most important task of the day—to work on email and other times my highlight is email. For instance, I was recently giving feedback on a manuscript someone sent me and so I was in email for most of the day.

Another thing I try to do is get to Inbox Zero once every week or two. There’s a tactic in Make Time called, “Batch the Little Stuff,” where you focus on the highlight of your day with the knowledge that a lot of little stuff is going to pile up while you’re doing that. So rather than work on those as they come in, I like to let the little stuff pile up and then make catching up my highlight one day. Usually one day every couple of weeks, I’ll block off time on my calendar for catching up and try to get to Inbox Zero.

Was it hard to transition to this approach?

It was hard at first and then it was surprisingly easy. Earlier in my career, I had two monitors and email was always open on one of them. I don’t quite remember when I started backing away from that, but I was probably inspired by the distraction-free iPhone that Jake started doing in 2012. 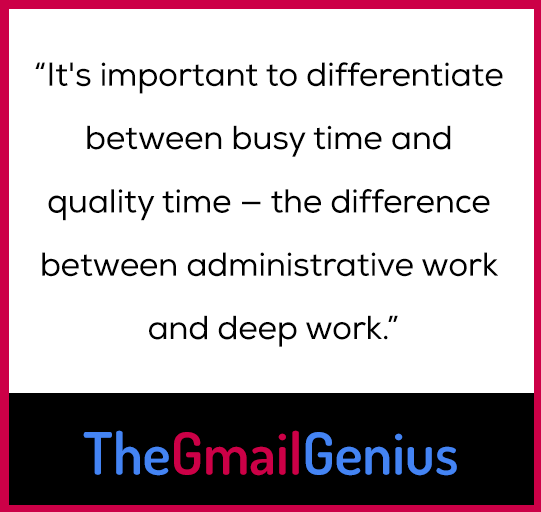 I realized that it was okay not to have email and social media open all the time and I started to think about how I could create other barriers to those distractions. I remember when I discovered that I could just close my email and sign back in to see if someone had sent me a message. Pretty quickly I began to see how valuable it was to have my time and attention under my control. I found that that all the things I was afraid of missing were never really a problem. Responding a few hours later–instead of a few minutes–was never the difference between doing a great job and doing an okay job.

I want people to know that if they’re busy and distracted and not in control of their time, it’s probably not their fault. It’s not that they lack the willpower. It’s just that we live in a world that has so many expectations about how we spend our time that it isn’t surprising that we feel so scattered. At the same time, we, as individuals, are the only ones who can do anything about it.

You can’t wait for the tech companies to make their products less distracting because that won’t happen. No one cares about your time more than you do. So an attitude of self-forgiveness allows us to look for structural solutions to change the default expectations rather than thinking we’re not good enough to control our own time.