Courtland Allen is the founder of Indie Hackers, an online community for people who make money independently, which was acquired by Stripe in April 2017. A full-stack developer and designer, Courtland now leads the Indie Hackers team at Stripe. He offered an entertaining look inside his inbox. 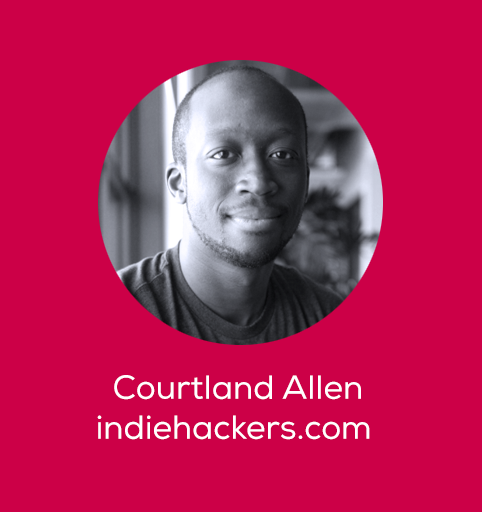 My process for dealing with email has gradually evolved over the course of the past few years running Indie Hackers, from a relatively normal process into something that can only be described as absolute and utter madness.

I begin most days by opening my inbox, involuntarily recoiling in horror, and then closing it shut, like a jar of old mayonnaise that my roommate let spoil in the fridge. If only it were so simple as throwing it away. I spend the rest of my day blissful and productive, checking off the tasks that are most important until the next item on my list requires me to coordinate with a podcast guest.

I’m reminded that the house in which I work was constructed atop a haunted Indian burial ground, and the ghouls will have their vengeance. I steel my nerves and venture back into my inbox, armed with nothing but my keyboard shortcuts and a visor to focus my vision, obscuring the nameless monstrosities that lurk around every corner.

Most often, I make short work of my scheduling emails. But once every 4 or 12 days, my bravery becomes foolishness. I remove my visor and try my hand at triage. It begins with the intersection of the simplest and most important emails, which I respond to quickly. A gracious few require no response at all and are immediately archived. Dozens more are starred optimistically, but promptly forgotten and never seen again. Before long, I begin to feel the weight of ghostly hands dragging me into unknown depths, and so I escape, having barely made a dent.

On occasion I steal a glance backwards and glimpse the shadows of the emails I’ve only just defeated, already returning to life in the form of even longer replies and CCs and forwards and intros, like a hydra sprouting new and murderous heads, each one intent on devouring me. Such is life inside the promised land of Superhuman, once rumored to contain the fountain of youth, but instead a mere wrapper for unspeakable horrors. My phone buzzes. I have six new DMs on Twitter. I remember that I haven’t called my mom in weeks.

You started Indie Hackers by sending emails to 150 entrepreneurs you admired. What did your emails say?

I personalized all the emails I sent out, which is why it took me about three weeks to send them.

But my basic template was something like this: “Hello [founder]! My name is Courtland — I’m an ex-YC founder and a fan of [a comment or post they made on a forum somewhere] where you talked about [their business and what they shared about it on in the comment].”

I’d then explain what I was planning to create with Indie Hackers, why I thought they’d be a good founder to share their story on the site, and ask them to reply if they were interested in doing an interview with me. Toward the end of the three week period, I also included my launch plans/deadlines, so that those who were interested in being part of the launch could act in time.

Most people either didn’t respond, or responded with encouragement but declined to do an interview for the site, since it had no reputation at the time, and I was asking everyone to share revenue numbers.

If you could redesign or change any aspect of Gmail, what would it be?

I’d make Gmail permission based. Recipients would be able to set up rules that control which emails get through, which don’t, and how those emails have to like. But unlike Gmail filters, these rules would be visible to senders.

In fact, sending someone an email would be akin to filling out a form created by that person. My form would require a one sentence summary that I would have to read and accept before the body became visible. It’d also have a priority dropdown, where senders would have to select whether this email is “urgent,” “important,” etc.

Finally, I’d add a maximum length to the body field.

Based on what you’ve seen in the Indie Hackers community, what are some of biggest pain points with email?

People get too much of it and spend too much time in it. Email is a to-do list that other people can write to.