These settings are new as of April 2020. Going forward, you can control the delay between emails on a per-campaign basis. 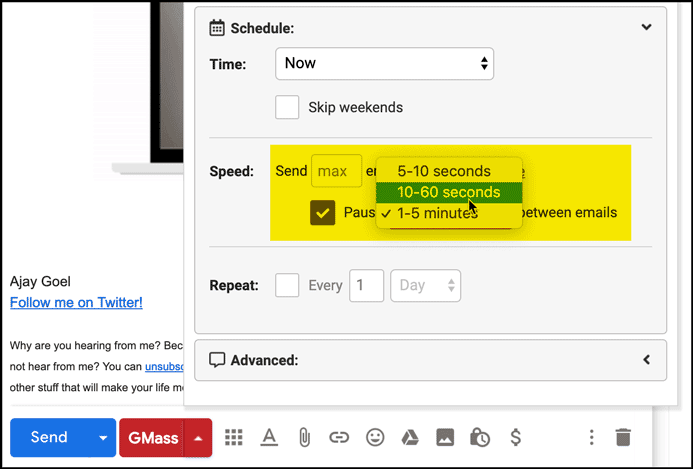