How to send a mail merge to TWO people per row

What 99% of users need to do is send a personalized email to a few hundred people where each of those few hundred people get their own email, using only their email address in the To line and having the message addressed to them by their first name (e.g., “Dear John,”).

There are certain situations, however, where you may want each of your emails to go to two people instead of one, such as when a school is emailing both parents of a child. The school might want to send one email to both parents rather than two individual emails. I recently worked with a cold emailer who was emailing the athletic departments at schools and who wanted each email to go to both the Head Coach and the Athletic Director of each school. The goal behind sending one email to two people, rather than two emails to two people, is so that each of the two people know that you’ve also emailed the other person, and so that a Reply All by either of the two would go to all three parties. 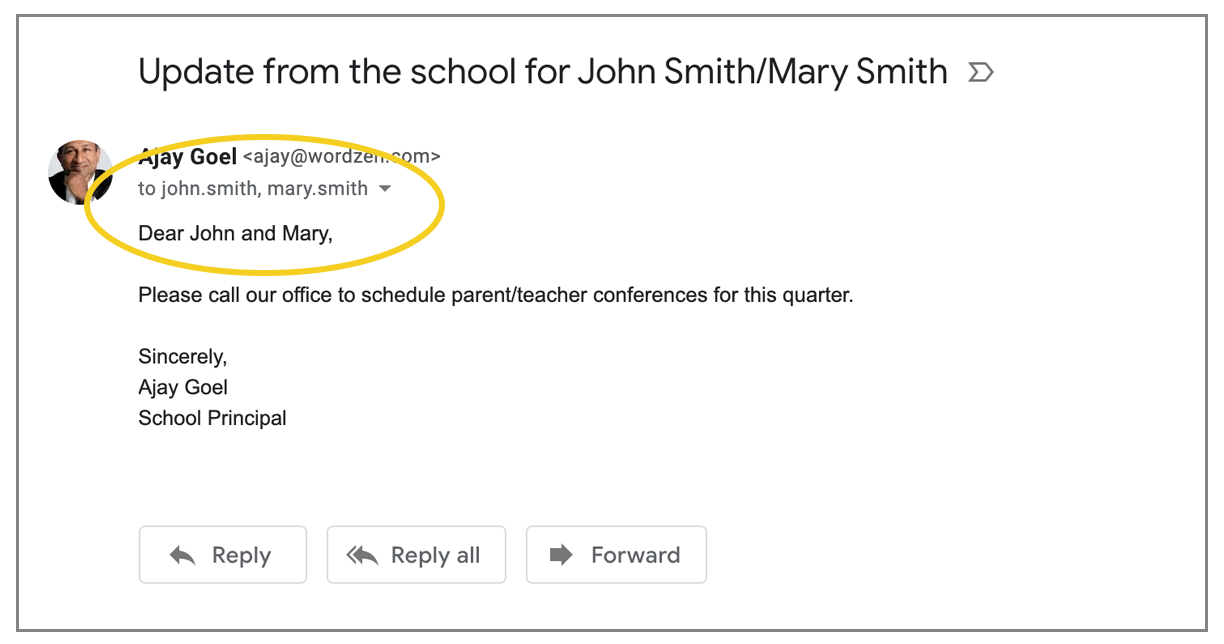 To send a mail merge like this, you’ll need:

Your spreadsheet should have at least two columns containing email addresses, since each email will go to two people, and you can think of each row of your spreadsheet as one email that will go out. The primary column, the address that will go in the To line can be named anything you like, such as “email,” “emailaddress,” or whatever you like. The second column, however, should be named “cc” or “Cc” (it’s case insensitive). That is a special keyword for a column that will instruct GMass to include the address in that column in the Cc line of every sent email. 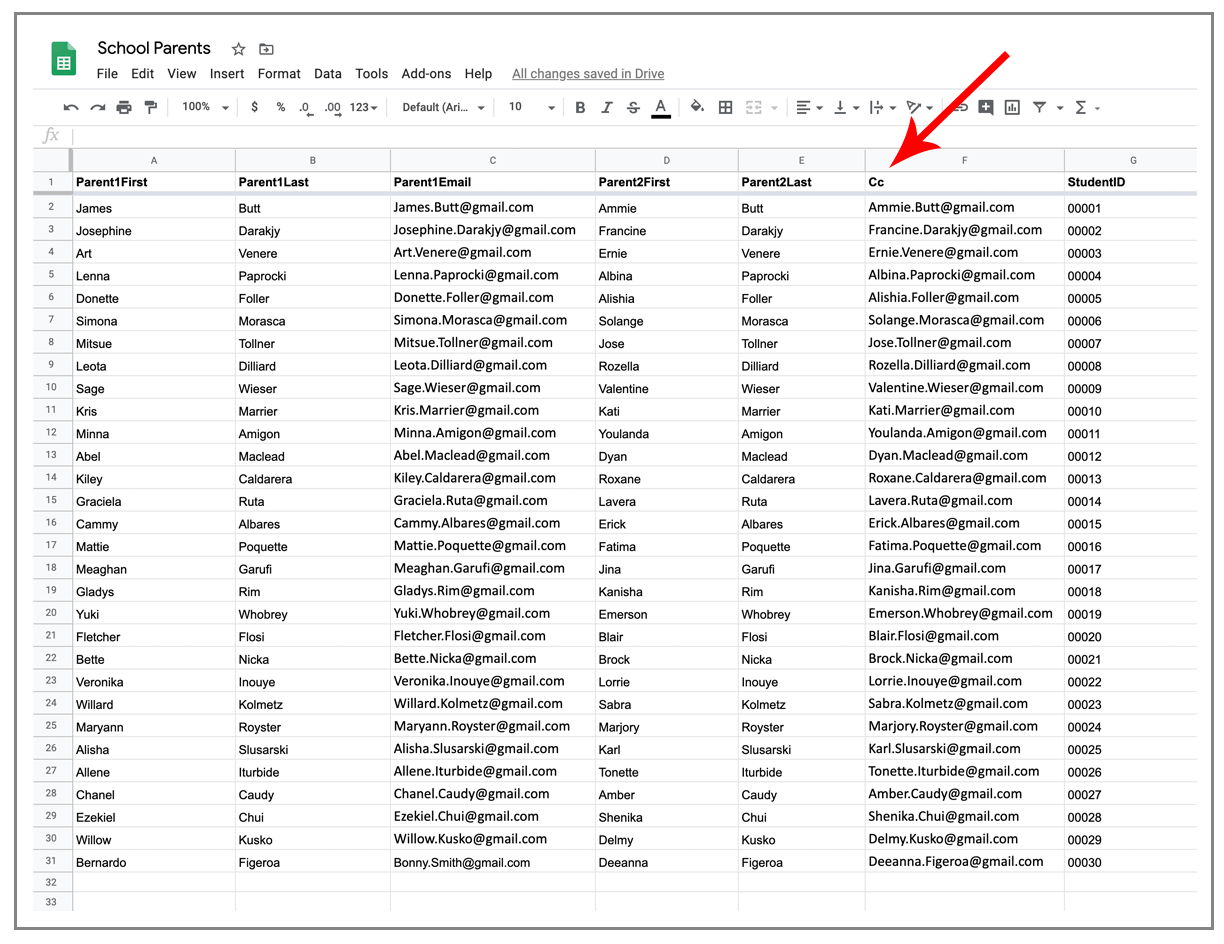 Now send your mail merge just like you normally would. Click the “spreadsheet” icon button, choose your Sheet, wait for the Compose to launch, and then type your Subject/Message. We know your spreadsheet has two columns, one for each of the two email addresses each email will be sent to; but if it also has two other columns for both people’s names, you can begin each email with “Dear {Parent1First} and {Parent2First},” for example. 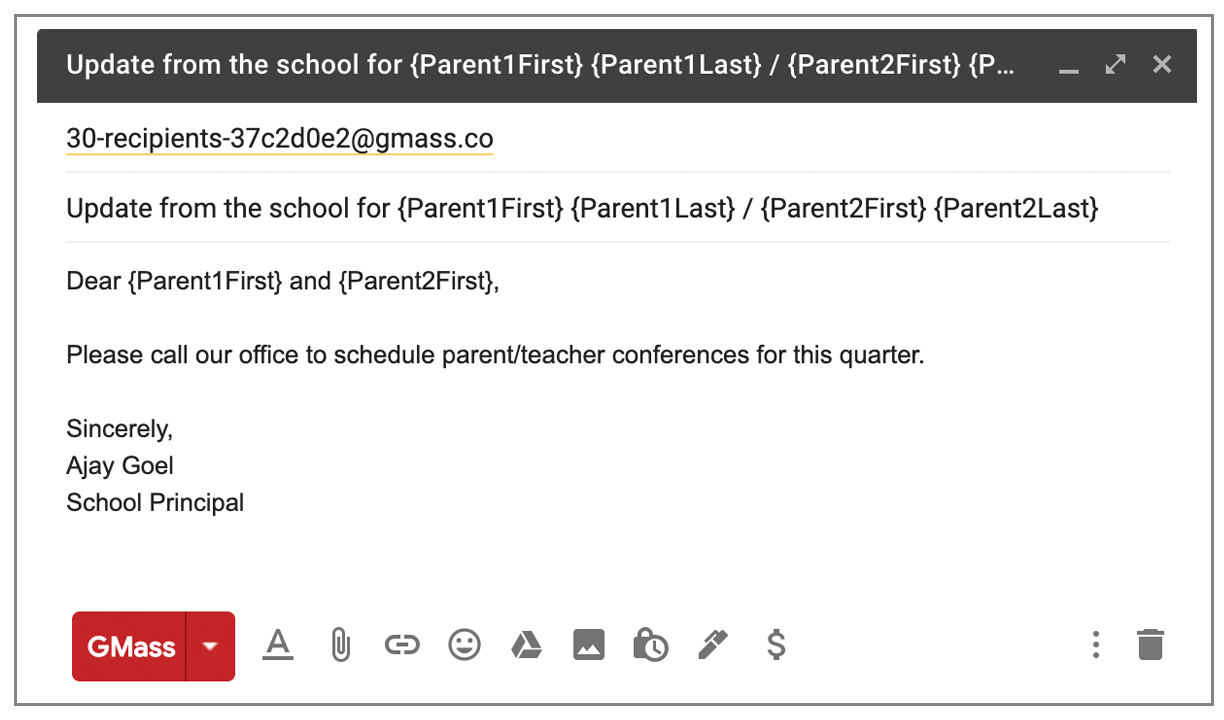 Need to send each email to three people instead of two?

Just like you’re using the Cc line for the second email, you can use the Bcc line for the third email. Of course, by doing this, the recipients in the To and Cc won’t see that a third person is receiving the email, since that’s the nature of Bcc, but you can address that in your message as well. 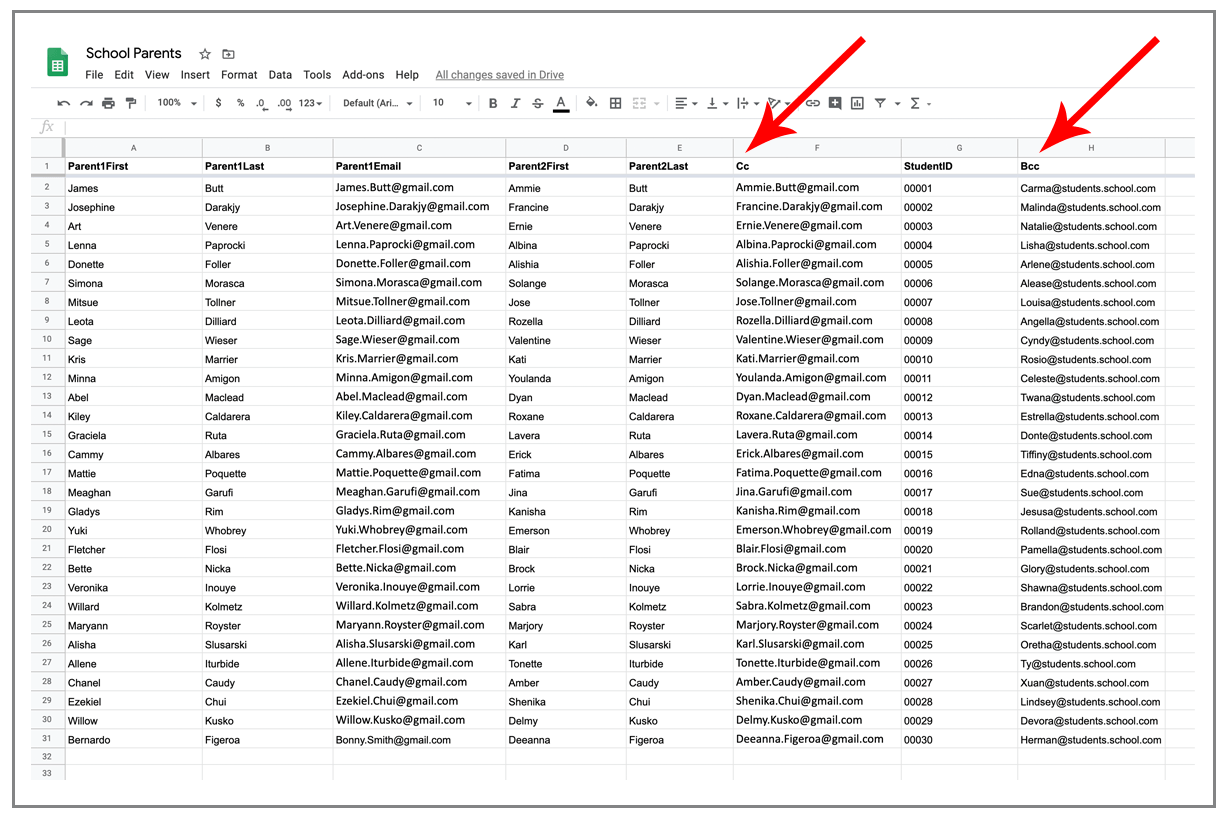 Now when composing your mail merge, you’ll do exactly what you did when you sent to two people per row. The only difference this time is that your spreadsheet contains a “Bcc” column.

But why can’t all two or three addresses be in the To line?

Because GMass was designed around having one single address in the To line. The Cc and Bcc techniques are “tricks” that allow you to accomplish sending to two or three people per email. It’s possible that someday we’ll change this and allow you to truly merge with multiple addresses in the To line, but that presents complexities, like, how do we track an email “open” rates? (What if everyone opens it? What if only one person opens it?) Using the Cc/Bcc technique, there is one open tracking pixel for the whole email, so if any of the three recipients open it, the email will be counted as “opened” and be attributed to the primary recipient in the To line.

That’s all there is to it. This technique has actually been possible since 2016, when we launched the Cc/Bcc merge feature, but more and more users have been asking how to send a merge to two or three people at once, so now, you have a complete guide!