And as we mentioned earlier, if you use a different Reply-To address for your campaign, GMass won’t be able to detect replies to that other address.

Calendar view for your past and upcoming auto follow-ups

It can be tricky to keep track of when your auto follow-ups are scheduled to go out, especially if:

With the calendar view, you can see when auto follow-up stages are scheduled to send (in your local time zone) — and who will receive them. You can also see all of the past auto follow-ups sent for the campaign.

The calendar view takes your sequence cut-off triggers into account; for instance, if you stop the sequence when you get a reply, the numbers for future sends will reflect that. (And, when you get more replies, those numbers will go down.)

When you click the calendar icon, you’ll see a report showing you past and future auto follow-ups for the campaign. 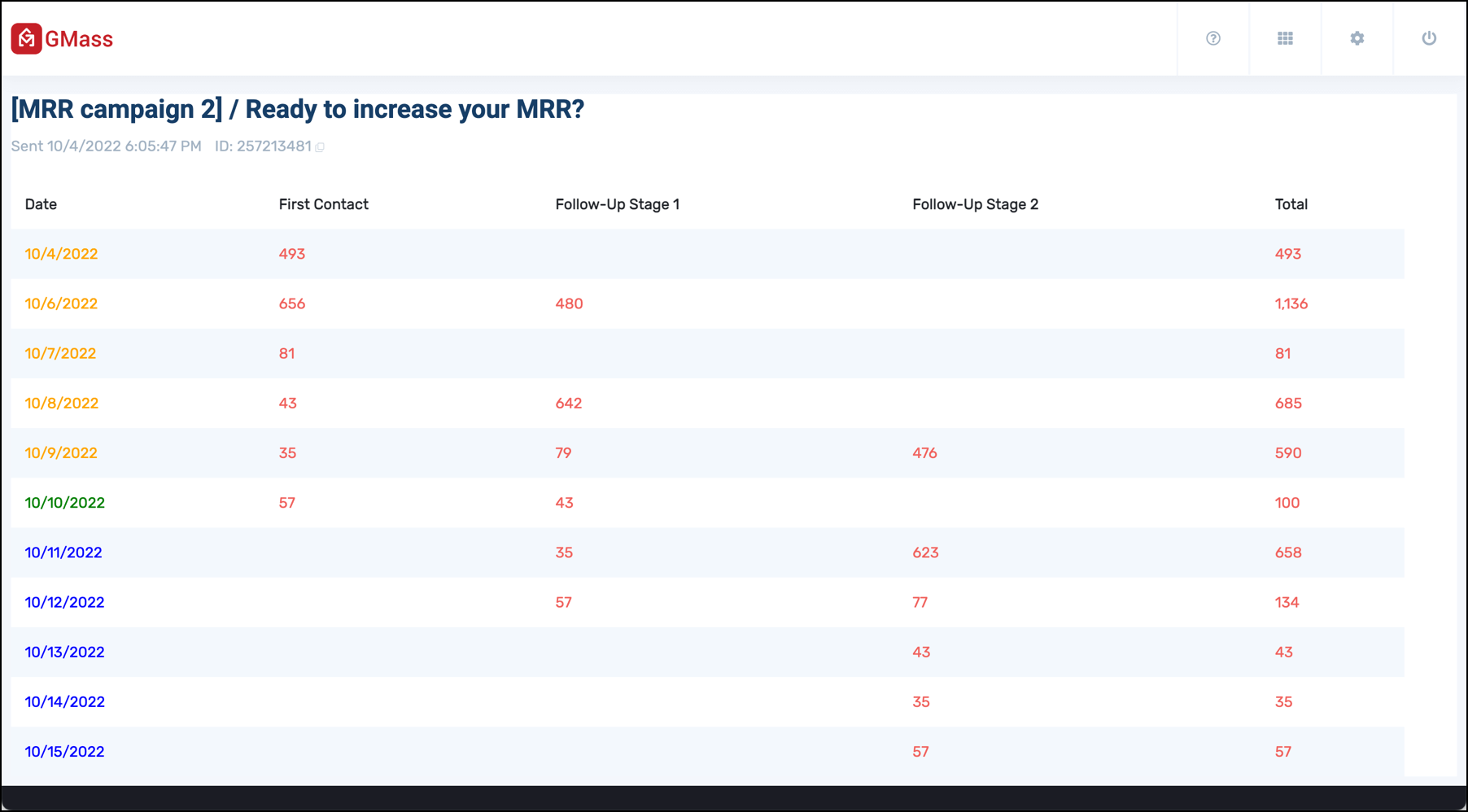 You can click any number to see a full list of the email addresses who will receive or received that follow-up. And you can download a CSV of those addresses. 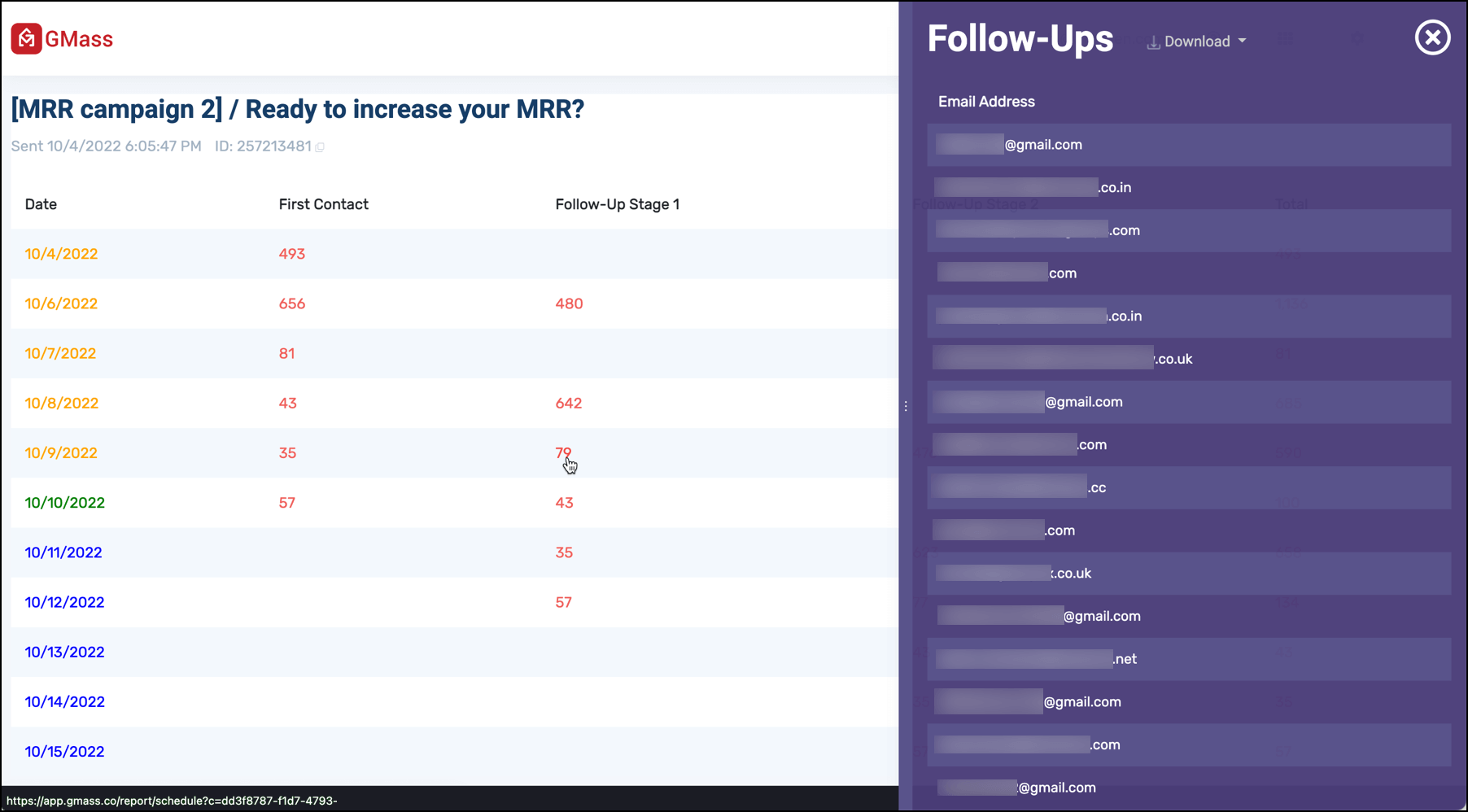 If you spot someone on one of those lists for future sends and don’t want them to get the follow-up, a super quick way to remove them is to add them to the campaign’s suppression list.

Go into Gmail and find the draft of the campaign. Open the GMass settings, and head to the advanced section.

In the Suppression area, enter that person’s email address. Then click the green SAVE Changes button. 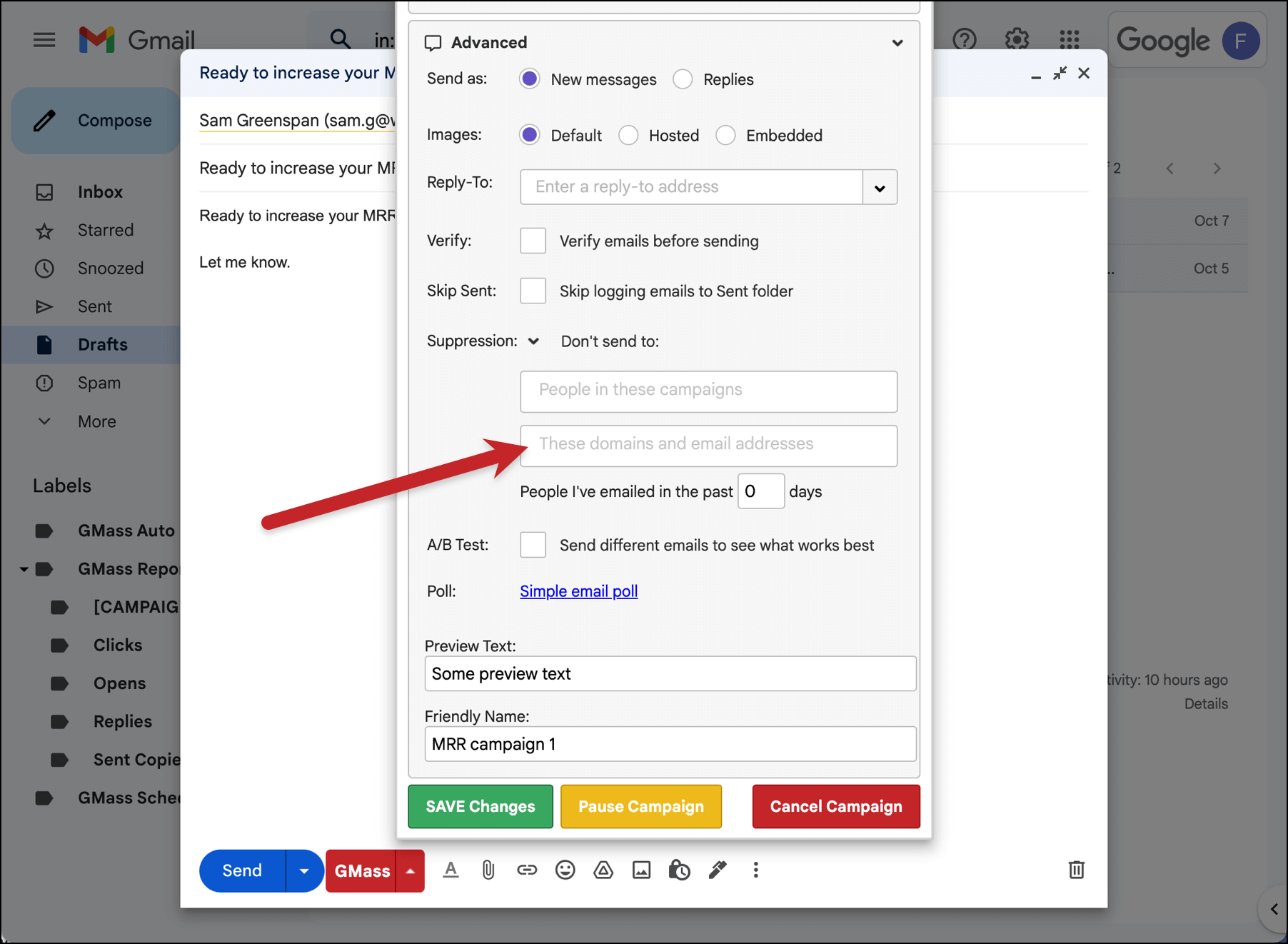 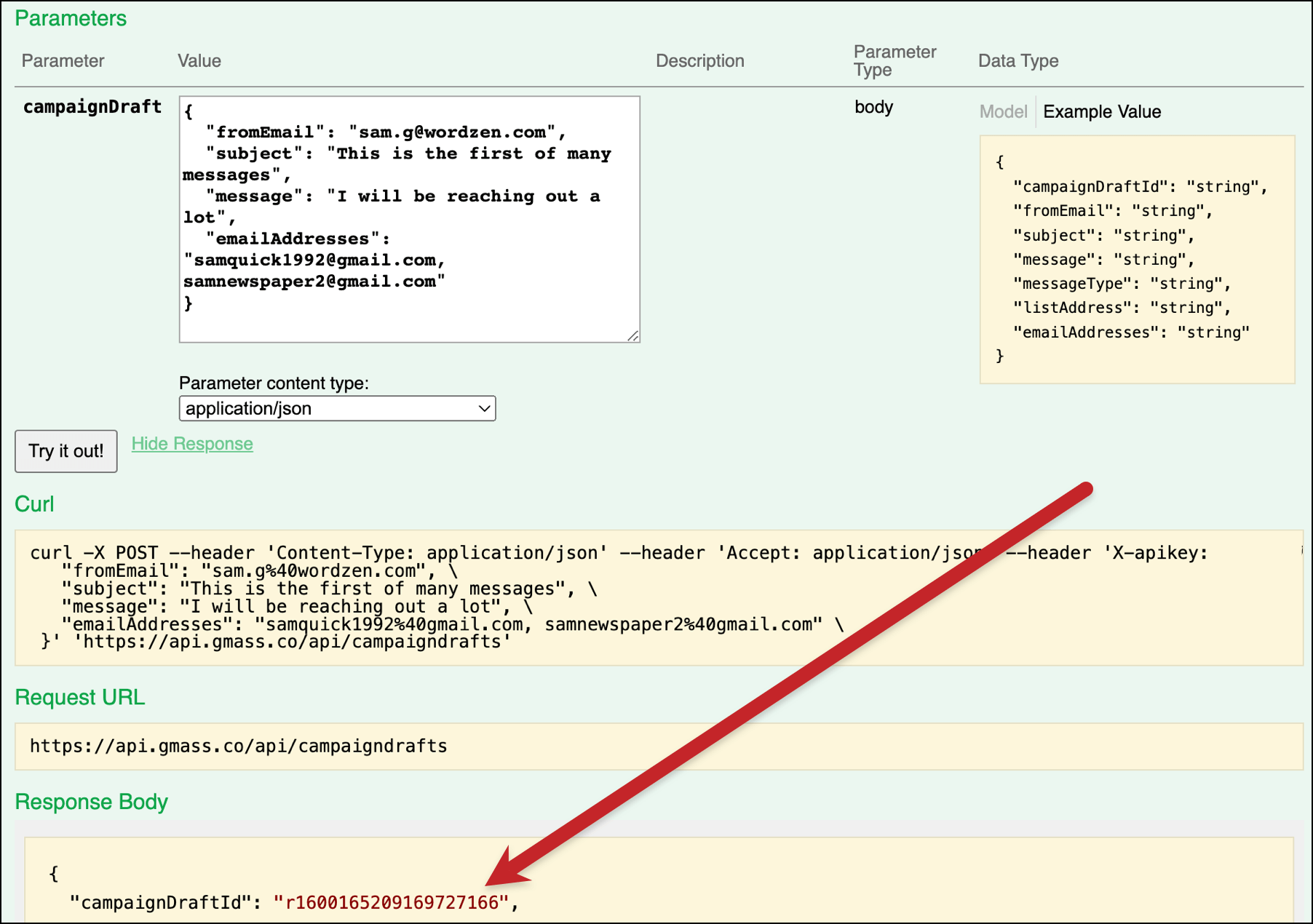 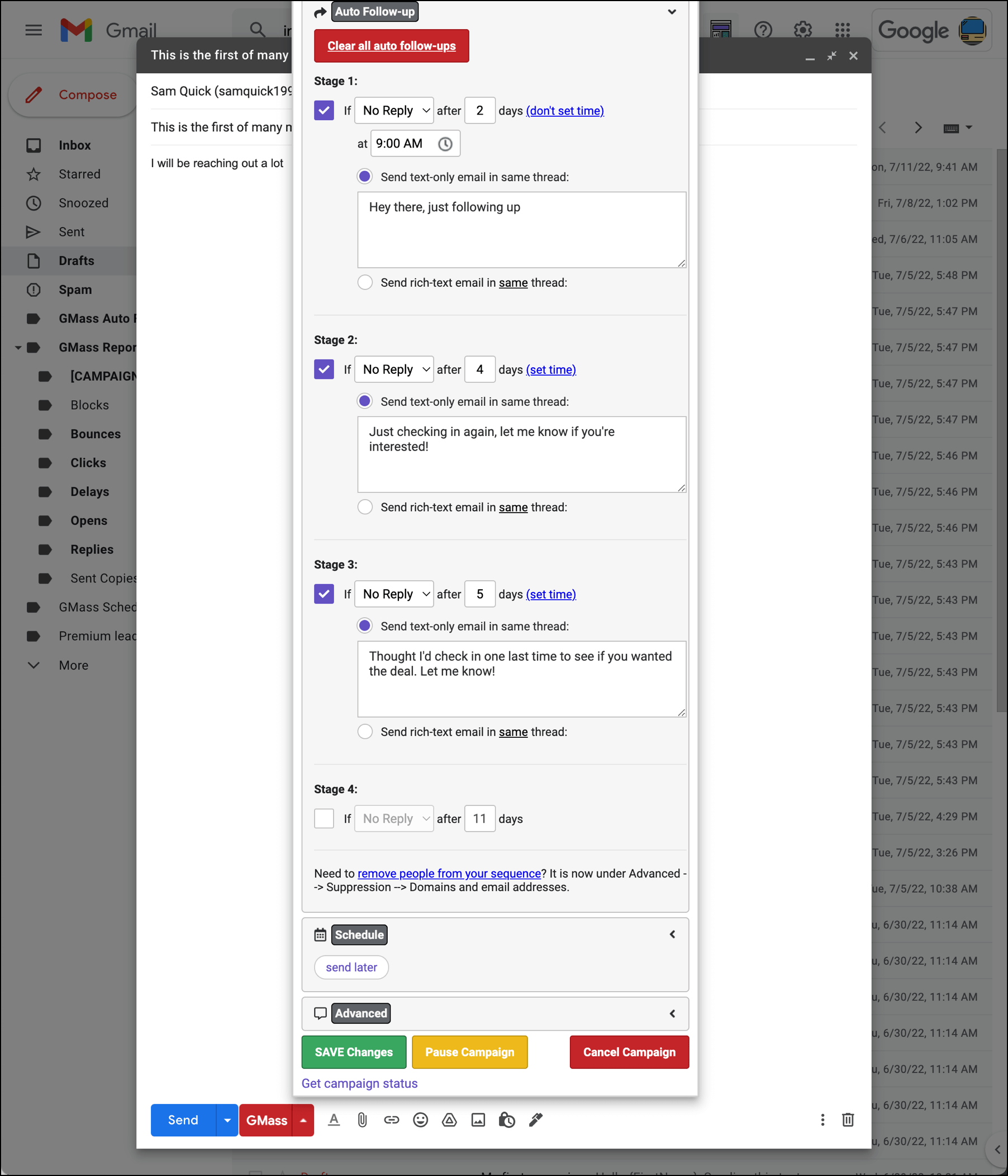 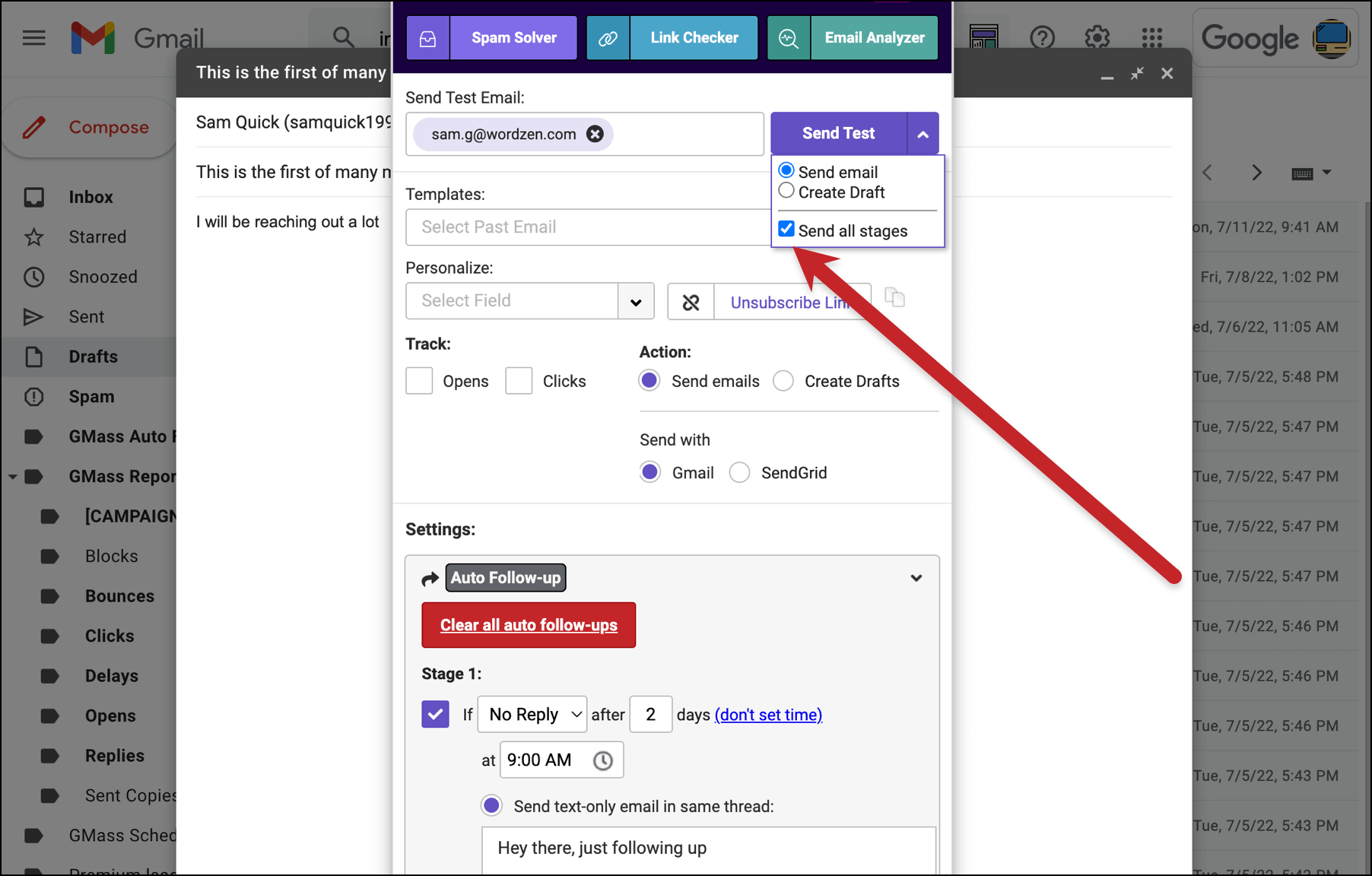